My friend paused. Just a few days prior, he gave a speech to a group of homeless men at a local shelter, part of a church initiative focused on mentorship. After a few moments, he chuckled.

It was ironic, given my friend’s resume. He gave lectures and presentations all the time, both in his community and to those in Washington. His past experience included flying planes in war zones. In spite of all of his experiences, he was intimidated by a group of men with no stature.

“You know what would overcome this?” I asked rhetorically. “If you spent a night in the homeless shelter, mingling with those men and talking to them about their life experience.”

He agreed, but he was also honest with me: he couldn’t bring himself to do it. I was empathetic with his response because I know what holds him back.

Ethnography, after all, can be downright terrifying.

Although a term with no clear definition, ethnography is generally accepted as a research method in which the researcher is embedded into the culture of study. The field is broad enough to have its own academic journal. Although often related to the study of indigenous cultures in remote locations, the practice does not have to involve a tribe in a jungle: some corporations utilize this method when studying how their products are used by their customers.

In essence, the researcher, instead of observing from an objective and impartial standpoint (if even possible), integrates into the culture as one of its members. The researcher analyzes the customs and norms (s)he must adopt to gain acceptance, asking questions and hearing the answers (versus just listening). Challenges and solutions unique to that culture are encountered through the lens of one affected as a member of the culture. The entire duration of the research provides a rich data set that, although not easily parsed, is invaluable when completed.

And nothing transforms one’s understanding and insight like experience.

A study of United States history reveals that we have never been a homogeneously united nation, no matter how much we want to believe otherwise.

The first generation from each ethnicity struggles with integration when they first arrive, experiencing ostracization and separation before the second generation finds at least some inclusion, if at all (some are still ostracized to this very day). Inclusion often comes, not through acceptance, but at the expense of the next ethnicity to arrive, as those who were once ostracized join hands against the newcomers.

As the nationally-unifying narrative of America’s core values and beliefs continues to fracture, groups of people are splintering into more varied factions. Each faction becomes a subculture or counterculture, within both the broader national culture, and within their specific ethnicity. To put it simply, “whites” and “blacks” are not homogenous groups of people, let alone any other ethnicities we might list.

We have never been more heterogeneous as a nation, a fact easily observed from news headlines and political arguments, not to mention meandering drives through various communities. Each culture increasingly struggles to understand other cultures as we isolate ourselves in our communities, our ideologies, and our social media silos.

How are you going to lead those you don’t understand? Ethnographers are your answer.

Ethnography is a process aimed at raising the awareness of others by using the researcher as the primary instrument for the research. An ethnographer with research experience in more than one or two cultures becomes aware, not just of the common themes uniting all of humanity, but also many commonalities shared among more select groups of people. We are truly more alike than unalike.

These themes become rallying cries for organizations daring to focus on what all of us desire in life, all while including everyone in the pursuit.

And it requires harnessing the ethnographers already present in your organization.

Ethnographers often don’t label themselves with this word. The term many seem to prefer is “people-watchers”.

For these individuals, sitting in a public place and watching the behavior of others is an enjoyable pastime. They are not afraid to mingle with “those” people. They are inclined to ask questions, listening attentively to the answers out of sheer curiosity. They consistently draw inferences about people, either rightly or wrongly, and are easily willing to accept when they are wrong about those inferences. They are authentic, which also enables them to gather more data than most. Self-awareness is either present or growing as a result of focusing on others above self.

Most importantly, they exist within every group of people.

To be fair to professional ethnographers, it takes more than these traits to join and integrate into a culture radically different from one’s own, balancing subjective experience with objective analysis to produce results. Yet, the above traits, along with a few others, are present in more than just ethnographers.

When empowered by an organization, their insights are invaluable. They notice what others miss, informational skeleton keys unlocking even the most complicated riddles involving your followers and customers. They often see when others are suffering based on a multitude of previous observations while navigating their own. They perceive when a new initiative is meeting resistance. They know who is causing misery for others. They are the eyes and ears in your organization, whether you draw upon them or not; a sanguine wisdom born from observation and experience.

You may not know who they are: ethnographers often don’t share their insights unless asked. Part of their experience in observing others includes the discovery that not everyone appreciates their unique insight. Everyone wants the truth…until it hurts.

This is especially true in today’s task-driven organizational culture, with little time or concern for those suffering. Their knowledge is often not recognized, easily acquired, or immediately applicable. As a result, their offerings are often pushed aside for quicker fixes failing to address the root of the problem.

In a world driven by immediate results, theirs is the long way home: to gain it requires taking the time for yourself, or listening to someone who has, exploring the depths of their observations.

Do you know your ethnographers? If not, the consequences can be terrifying. 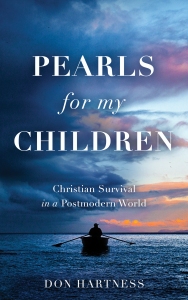